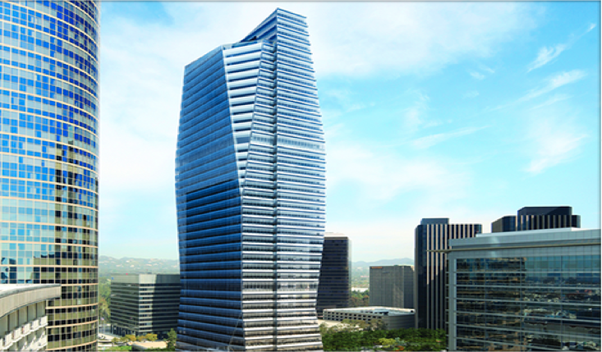 Create a Choice Mobility system for Century City, one of the most successful employment centers in the Southern California region, but that has limited transit/mobility options for its over 40,000 daily employees.

However, the potential traffic the project would cause was a huge challenge to the development’s success. On the only undeveloped lot in Century City, JMB needed a to have a plan that would not only follow city regulations, but also gain the support of the community.

With the help of pointC, JMB envisioned piloting a set of transportation solutions that meet the daily mobility needs of Century City tenants.  Roughly 50% of Century City employees live within a 5-mile radius of the employment center, but alternatives to driving are scarce.  With the advent of the Century City Transportation Management Organization (“Commute 90067”) pointC envisioned a system of mobility choices that could be tested and grown into a robust program of alternative mobility that both saved money and time for employee and employer alike.

Rather than wait for the subway, JMB and pointC set out to understand the current commute patterns of employees and to begin offering access choices now. To properly serve the tenants and community, pointC completed an employee survey to create “heat maps” of where people were commuting. With this information, pointC has worked with Metro to develop a pilot shuttle for Expo Line light rail riders to access a “Wi-Fi” equipped shuttle to and from Century City, as well as a Neighborhood Connector vehicle that brings employees to and from high-concentration employee resident neighborhoods to and from Century City. These initial programs will be coupled with Anytime Access vehicles that people can utilize for short-term periods, thus eliminating a major obstacle to not having a car at work.

While JMB is still in the entitlement process for the Century City Center project, they have committed to move the Choice Mobility program forward in partnership with Commute 90067 and other building owners and employers in Century City.  PointC will serve as lead for JMB in the development and rollout of the program.